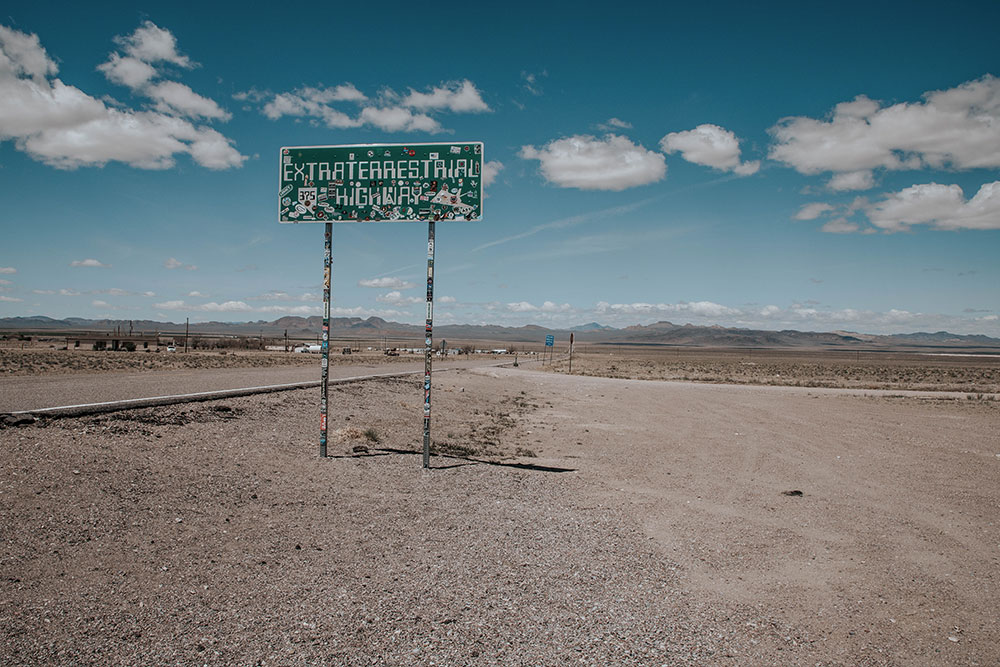 How to Visit Area 51

There is so much mystery surrounding Area 51. It’s been said that the remote site of this military base was originally chosen to test the U-2 spy plane and, during the Cold War, allow America to spy on the Soviet Union. What we do know for sure is that Area 51 was the origin of overhead espionage for the CIA.

Rumors, as you probably know, have been circulating the area’s true objectives for decades. Bob Lazar, an American conspiracy theorist, proclaimed that in the late 1980s he was hired to work on reverse-engineering extraterrestrial technology. After that, the talk of aliens and Area 51 transpired. However, many skeptics have since disputed his claims, while other sources and their evidence point otherwise. 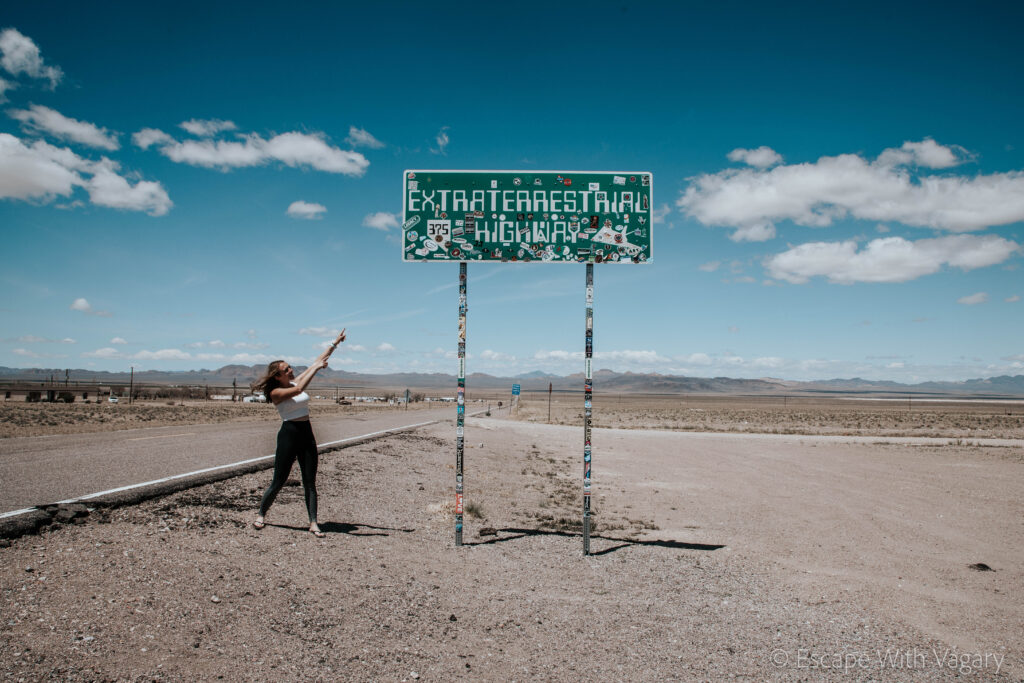 Regardless of what you believe, taking a road trip down the Extraterrestrial Highway is an experience unlike any other. One in which I highly recommend. That being said, here is the route I took to hit all the top spots I didn’t want to miss (and some instructions on how to get to the back gate entrance of this top secret base). 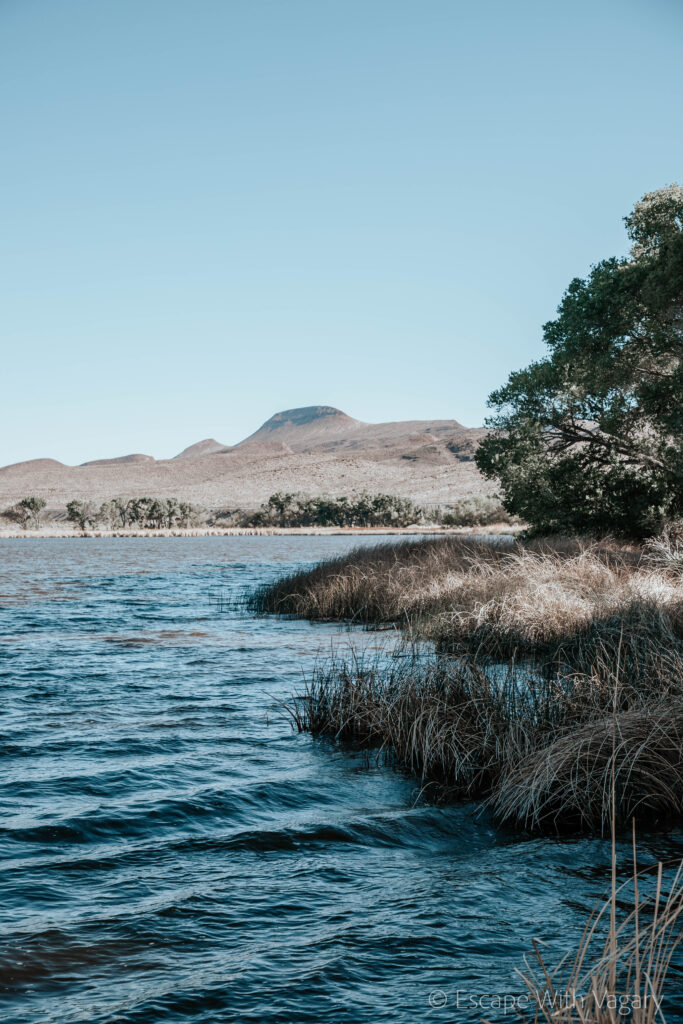 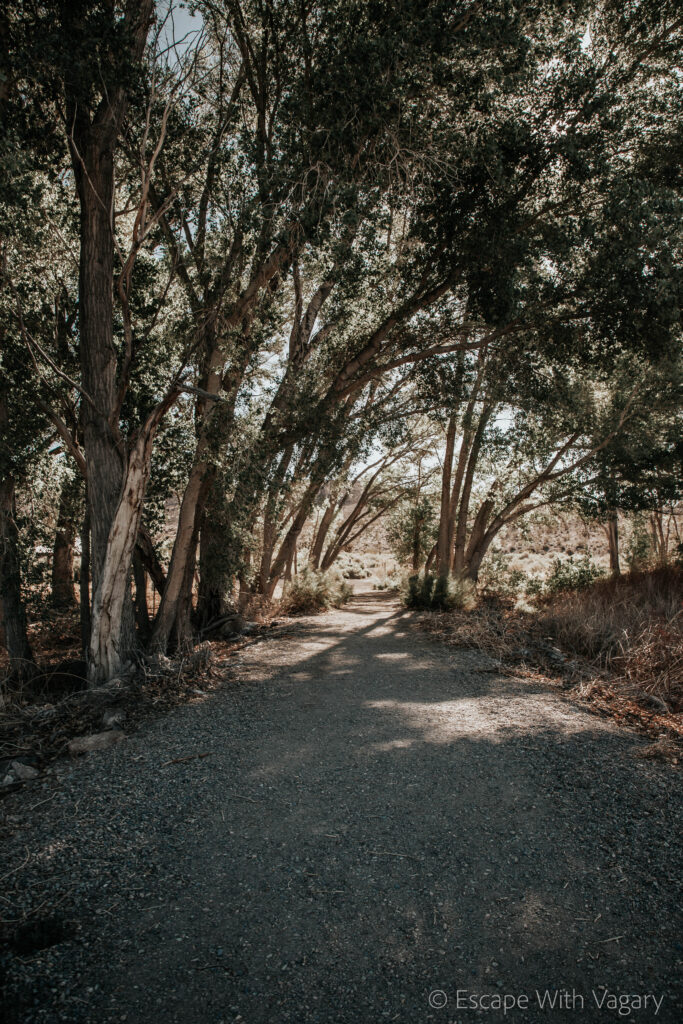 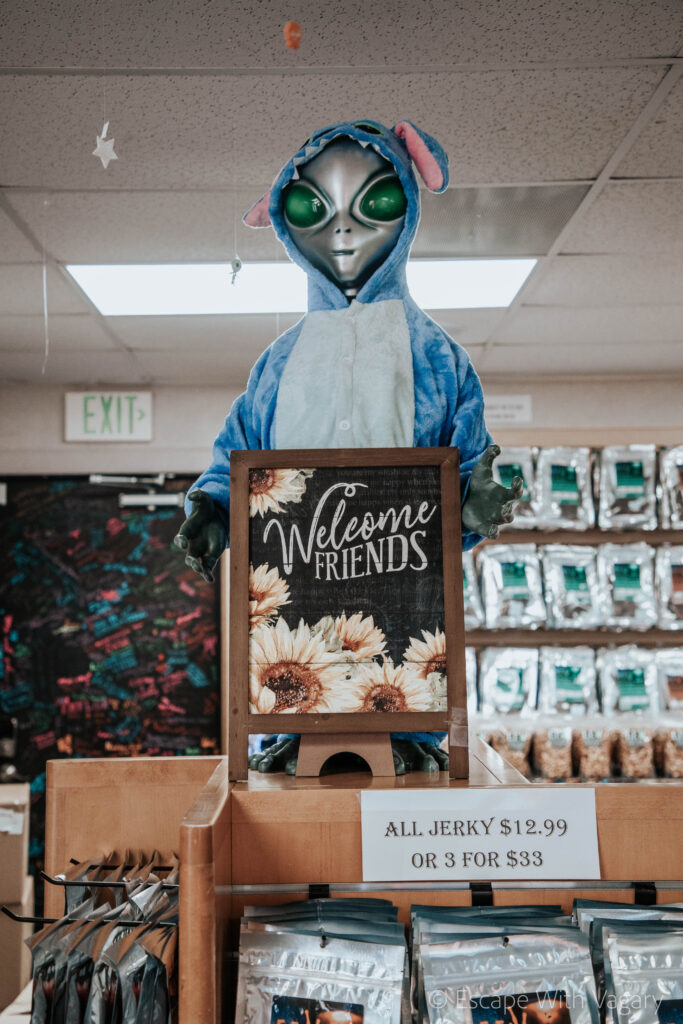 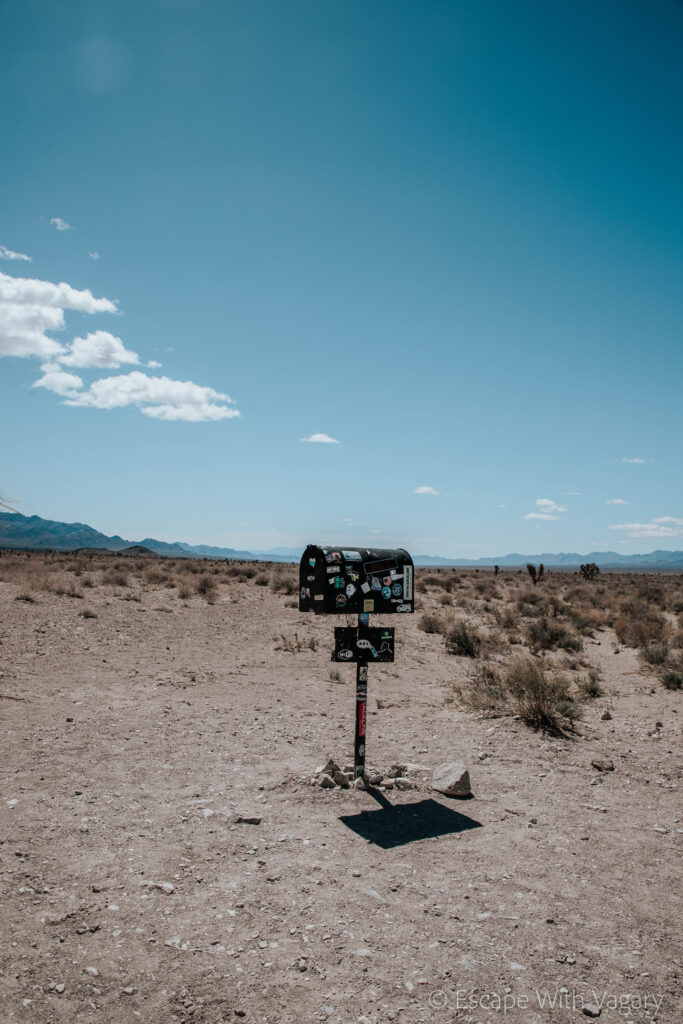 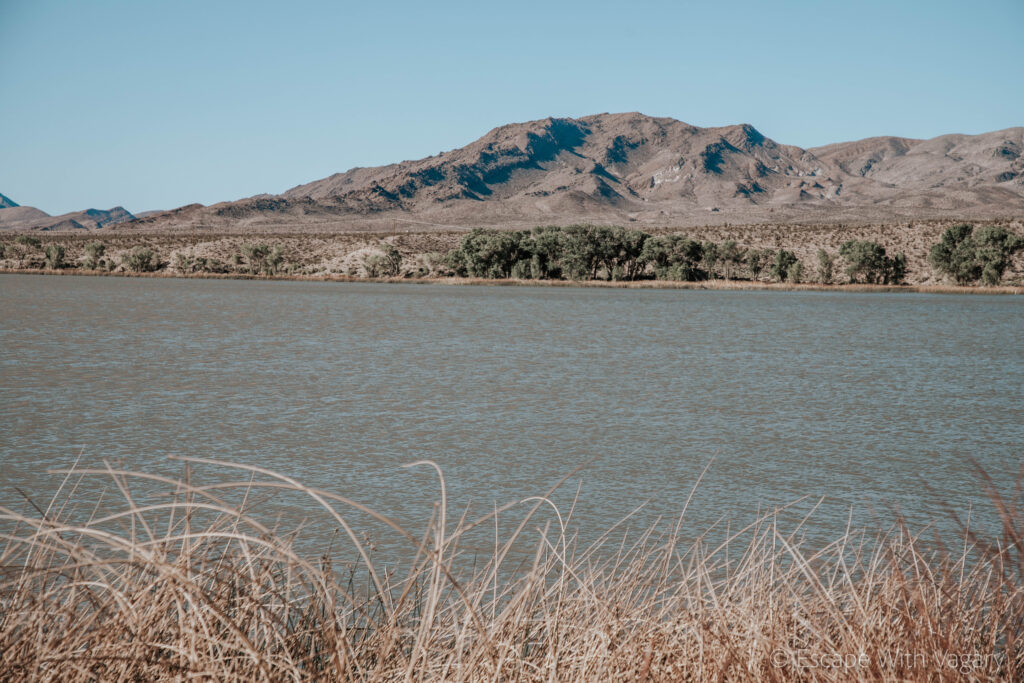 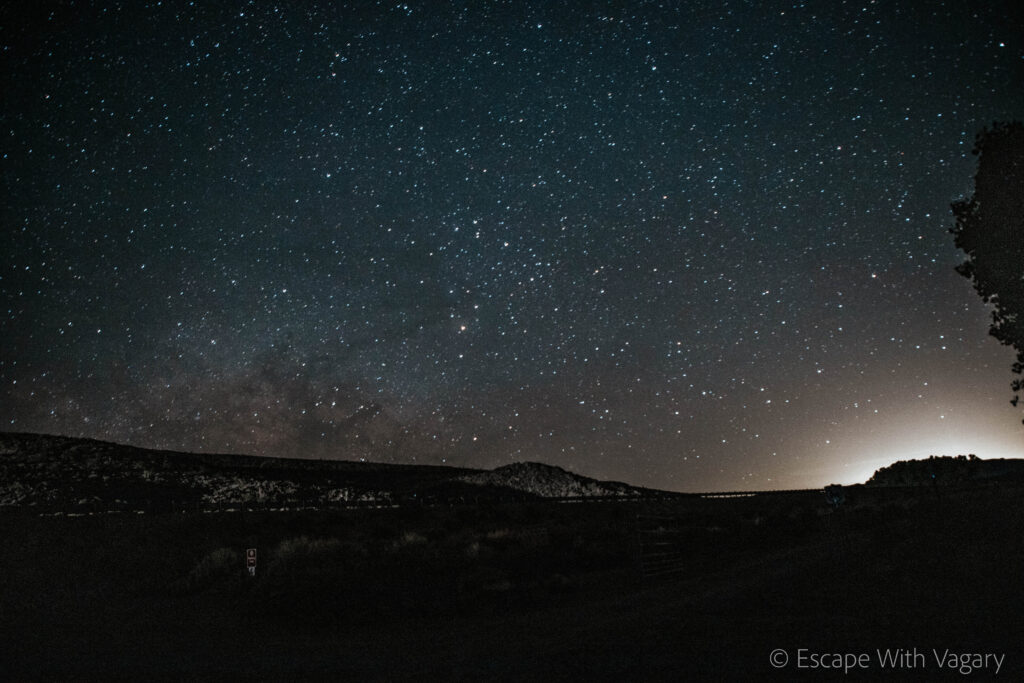 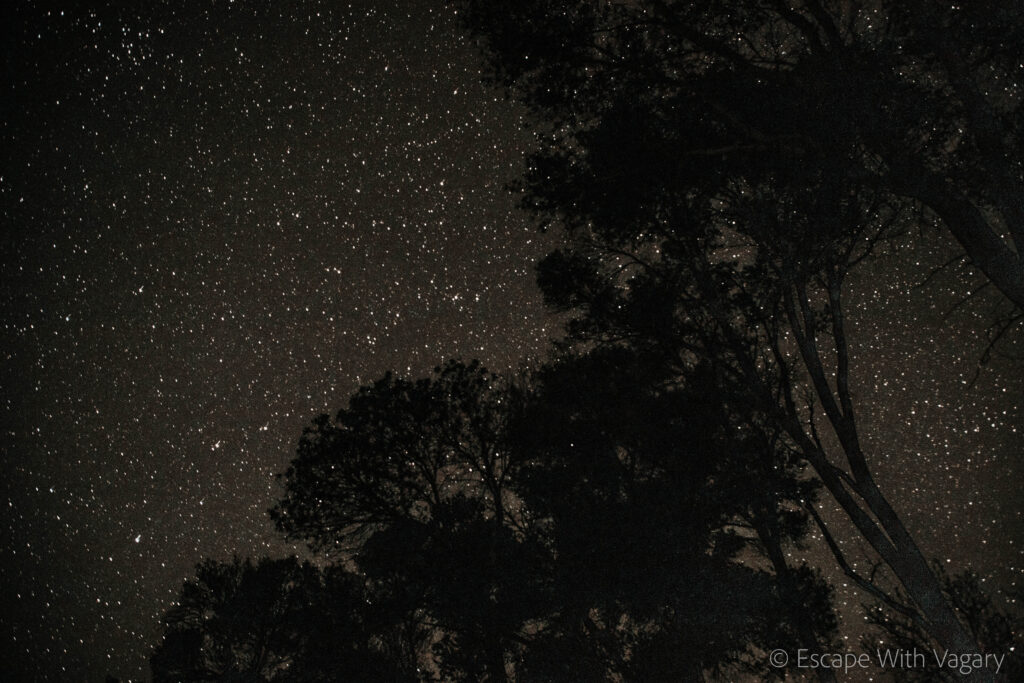 We drove up to Nevada from Phoenix, arriving at midnight to our campsite. Luckily we found a spot (the last available one) because it was first come first serve. We ended up sleeping in the car because it was cold out and pitch black out by the time we pulled in, but Pahranagat National Wildlife Refuge offers free camping. The campsite was less than 15 miles away from where our road trip would begin the next day.

The Trip Down the Extraterrestrial Highway: 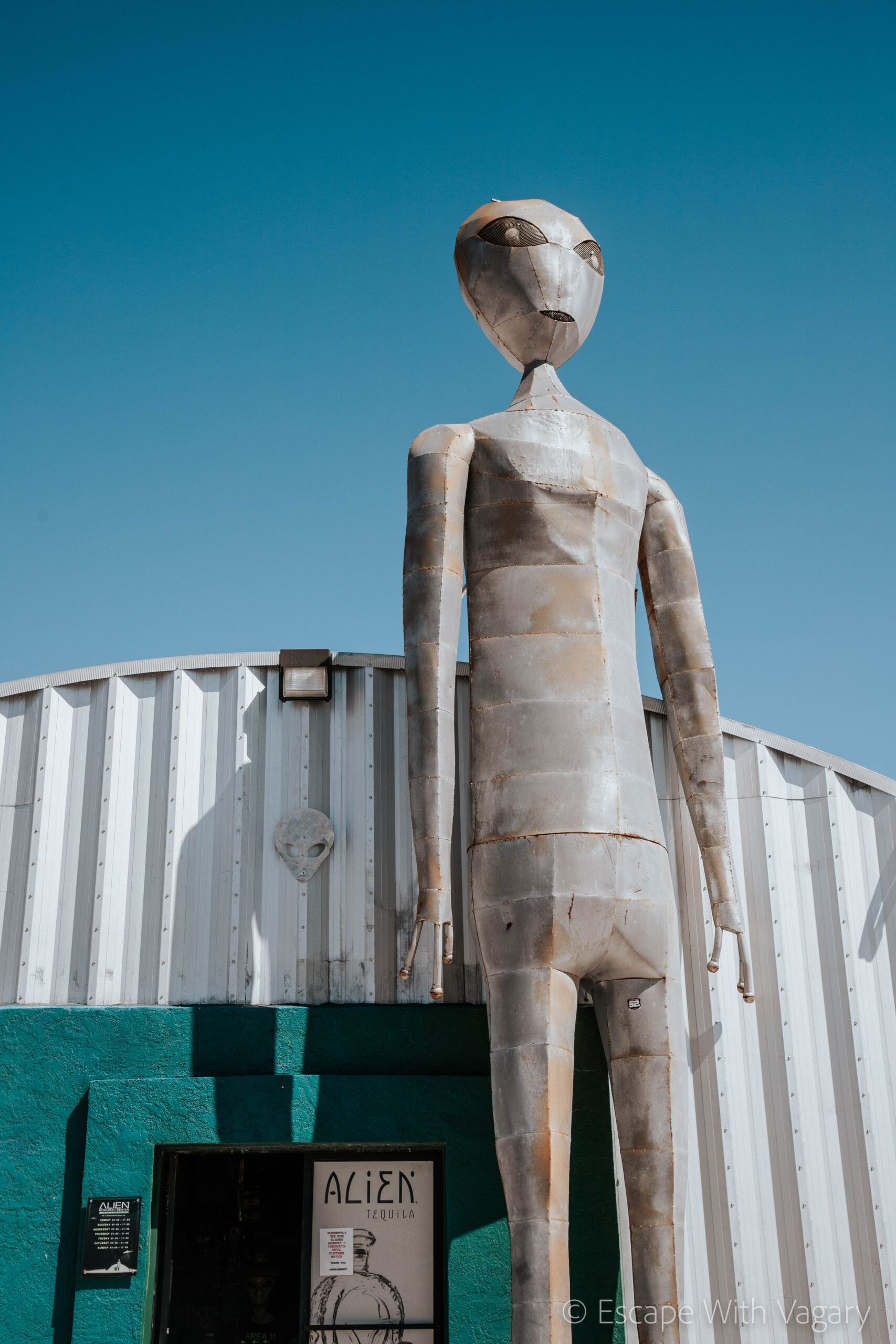 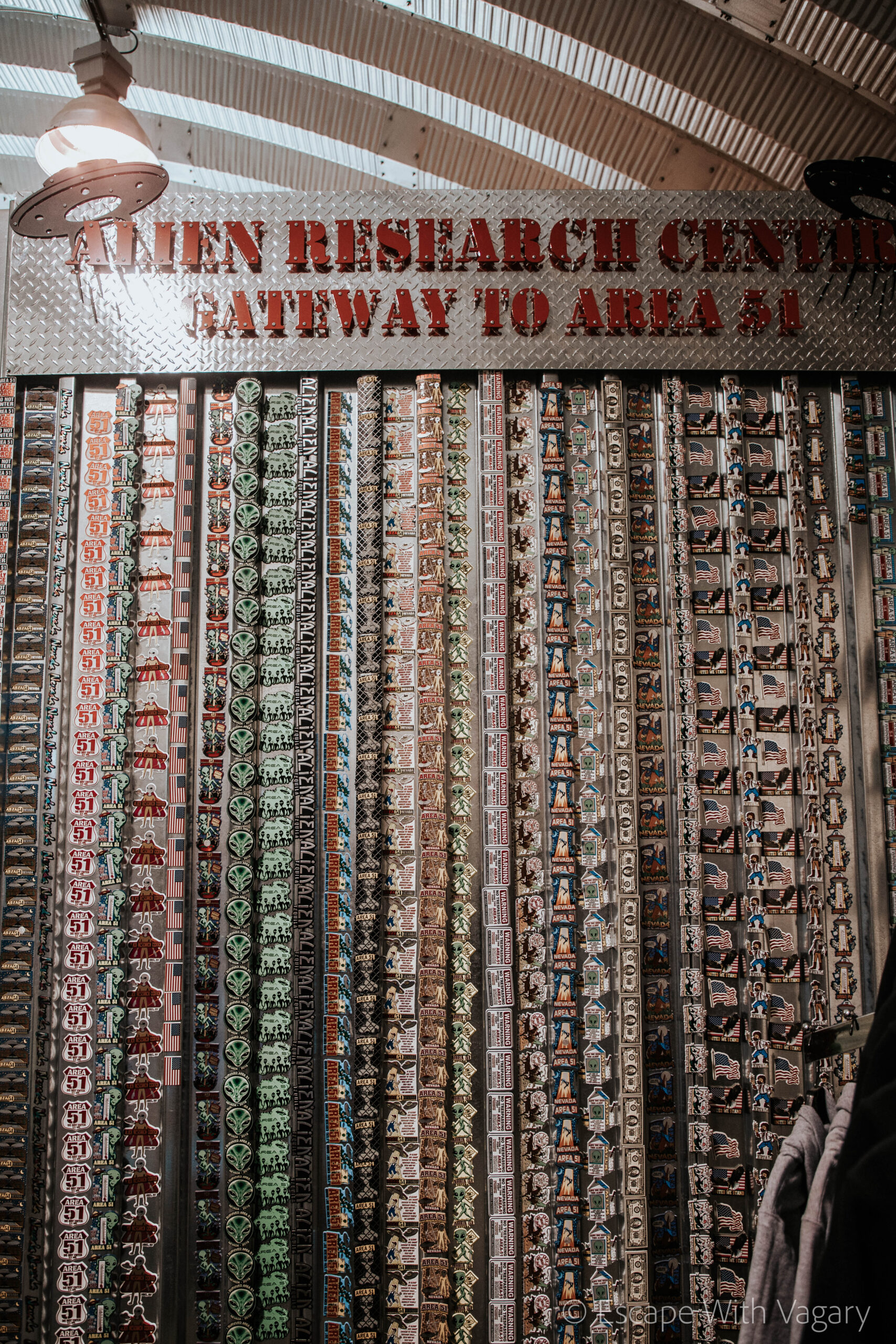 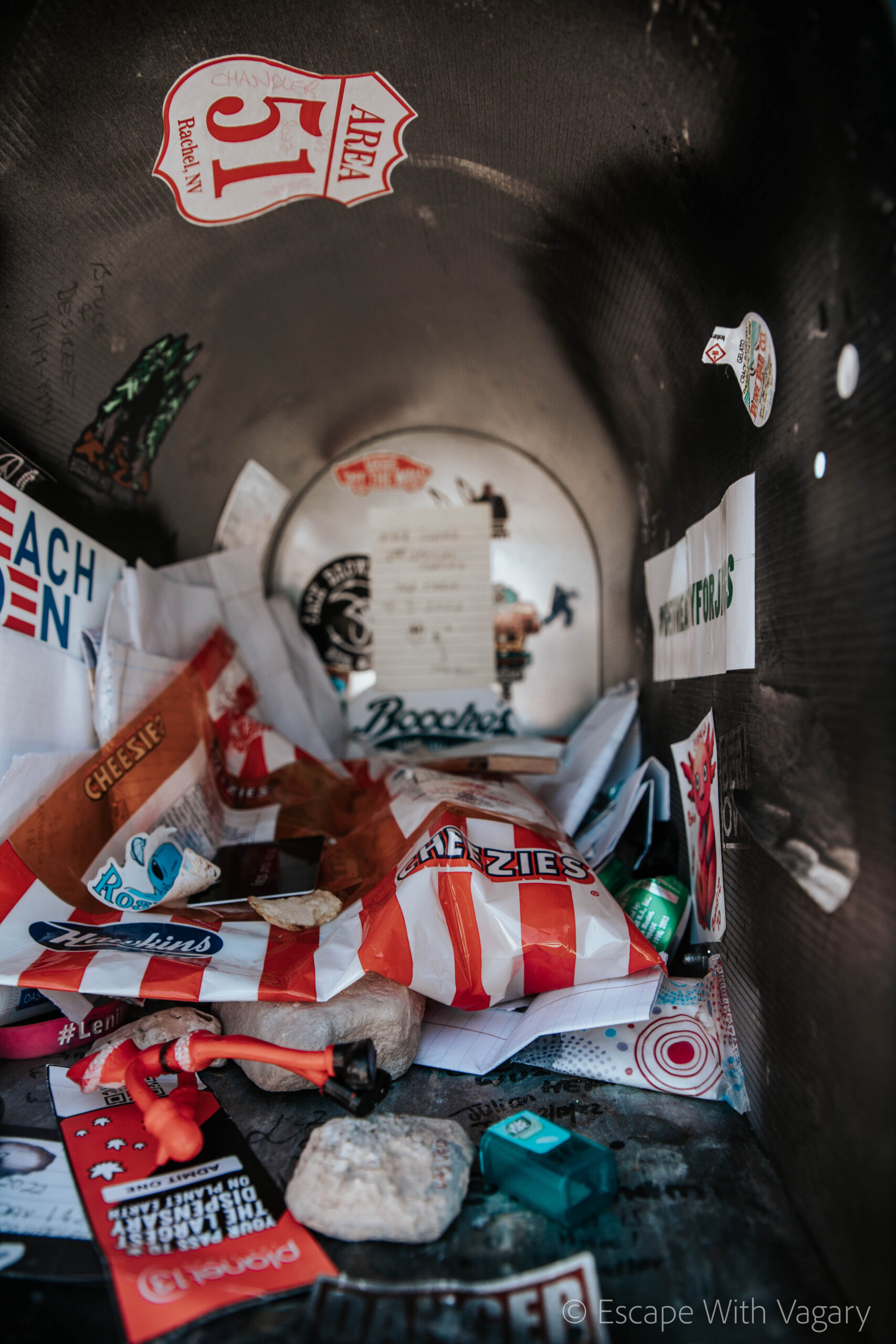 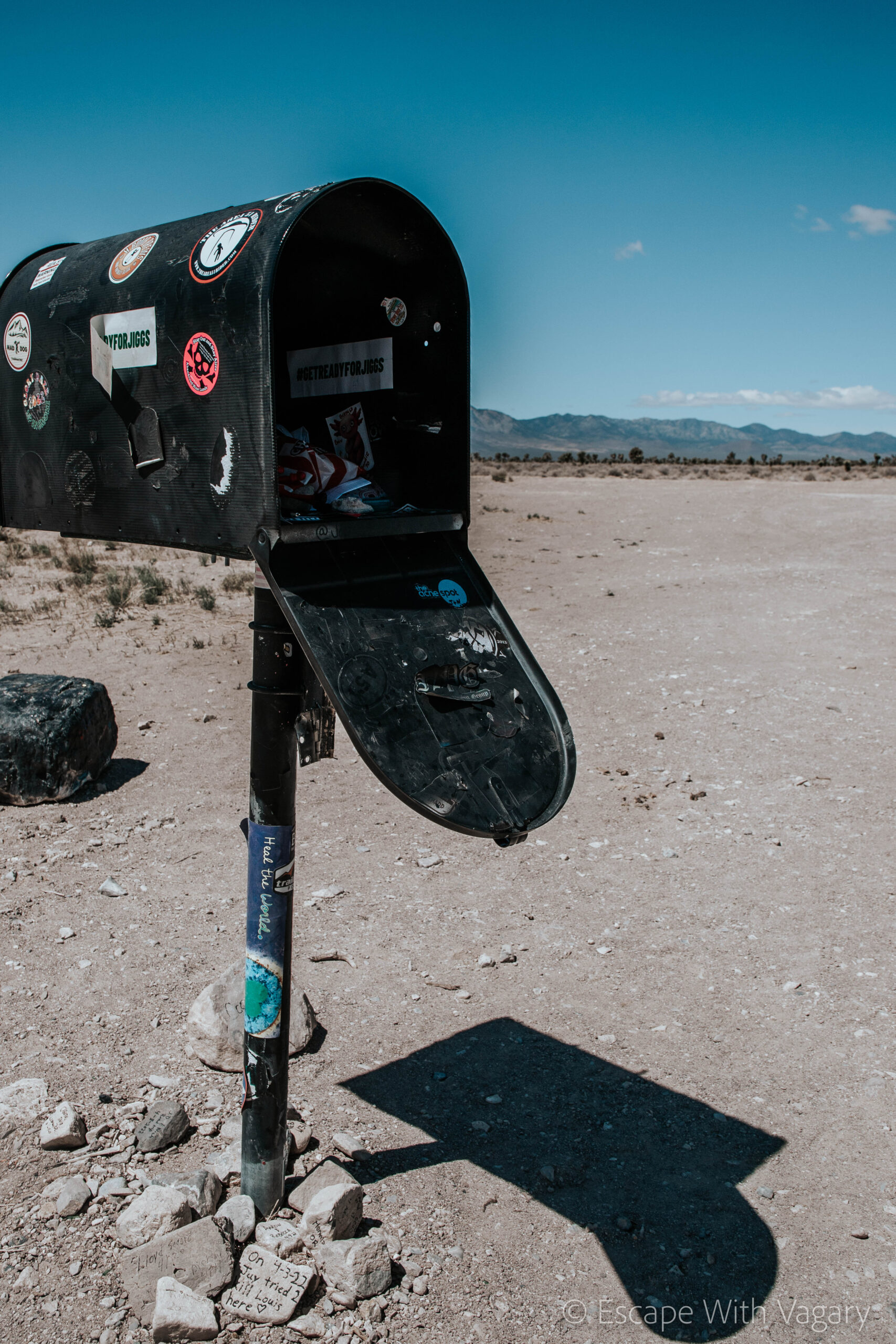 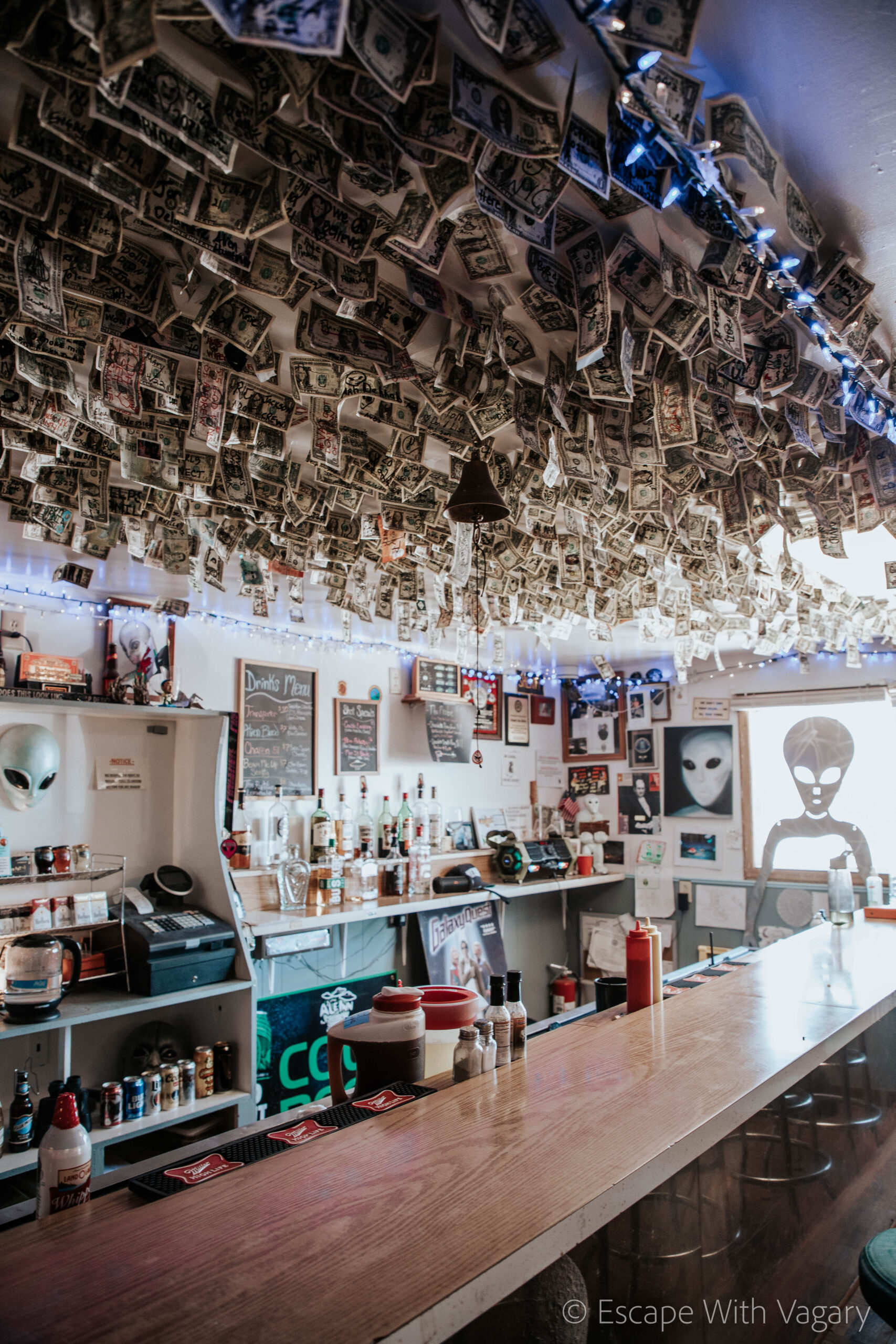 Our first stop was E.T. Fresh Jerky. You can’t miss it, the outside of the building is covered with every color of the rainbow in murals. Aliens dressed as cowboys, an abduction of a UFO as giant alien heads point over to it, and aliens riding off in a carriage across the rocky terrain. If you love beef jerky, this is going to be your heaven. I have never seen so many shelves just stocked with any flavor you can possibly think of in beef jerky. Normally in the stores you see your traditional teriyaki, sea salt, etc, but this takes it to a whole new level.

Even though I am not a fan of beef jerky, I tested out their Sweet Garlic flavor. The flavor was good, it’s just that chewy texture that has never sat right with me, but my friend loved it. And, if you do too, they ship anywhere in the U.S. 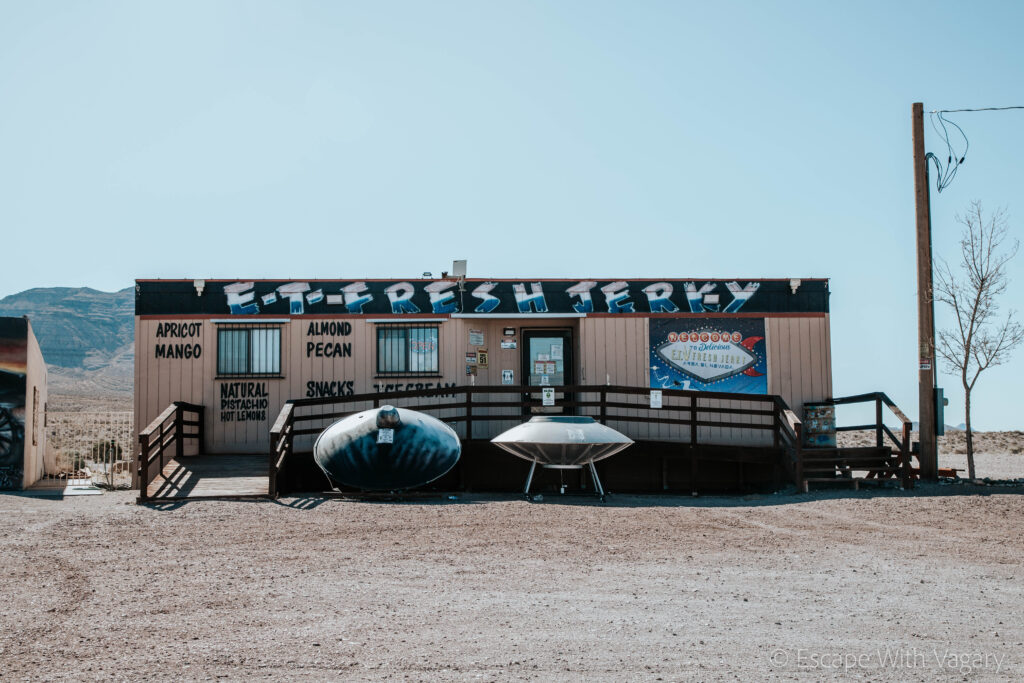 Our next stop was supposed to be the Extraterrestrial Highway sign but it wasn’t where google had said it was (apparently sometimes people steal them). We ended up finding one later on in the day right outside of Rachel, NV, the bustling town of 70 people.

Since we didn’t find the sign we headed over to the Alien Research Center. Again, this is one you can’t miss, there is a gigantic alien sculpture standing right outside the building, nothing but the rocky desert surrounding it (and cows). The center is a souvenir shop filled with ‘the best merchandise in the universe.’ There’s books, t-shirts (plenty that say “I Stormed Area 51 in 2019,” so you can buy one if you did, or pretend you did), shot glasses, mugs, stickers, magnets, blow up alien heads, and more. They even sell Alien Tequila in a glass, alien head bottle.

There’s also a storage trailer outside the center. A mural of aliens breaking out of what appears to be a jail is painted on the side as well as “Ship to Area 51.” It’s a perfect photo op!

Our next stop was my favorite, the Black Mailbox. Be sure to put directions in your phone before leaving the Alien Research Center, the service on the way there is very spotty. It’s located at 51 Rd, Alamo, NV 89001. You’ll see it on the left side if you’re coming from the center, it’s down an unmarked road, but you should be able to spot it from the main highway if you keep your eyes out.

The mailbox stands alone, seemingly surrounded by nothing for miles and miles. Apparently, this mailbox has been a meeting place for decades. Individuals have come to the area in hope of spotting a UFO and then leave something behind in the prospect that it’ll reach those outside of planet Earth. You simply leave something in the mailbox that you’d like to send off to the aliens. Reading all the notes stuffed in this black box was honestly my favorite part of the trip. I left an old hotel key card in the mailbox that said “Enjoy Your Stay.” 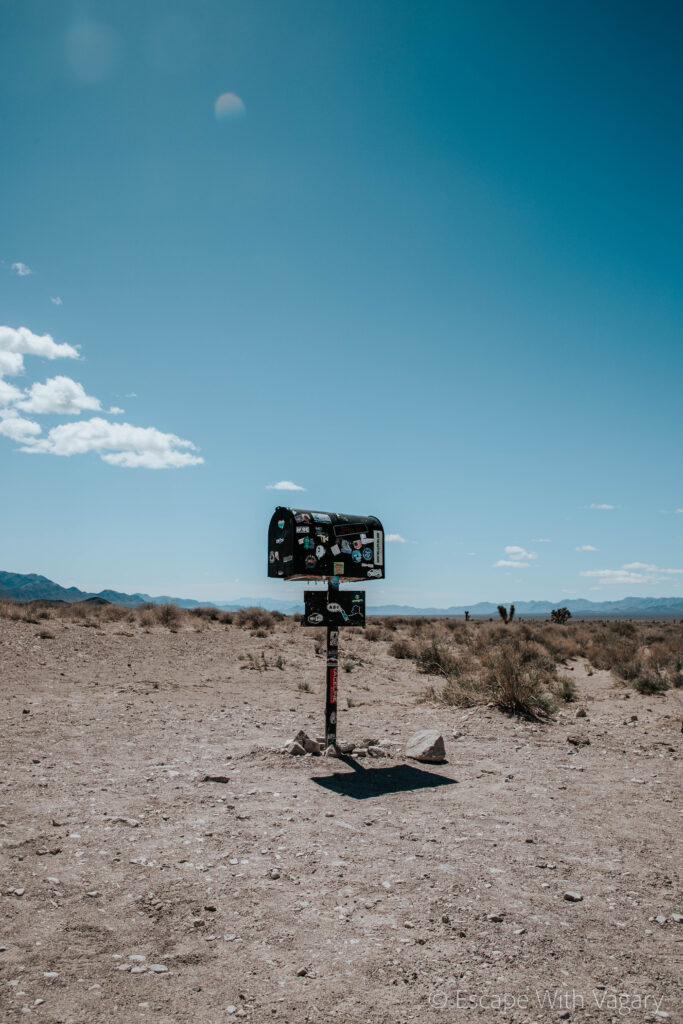 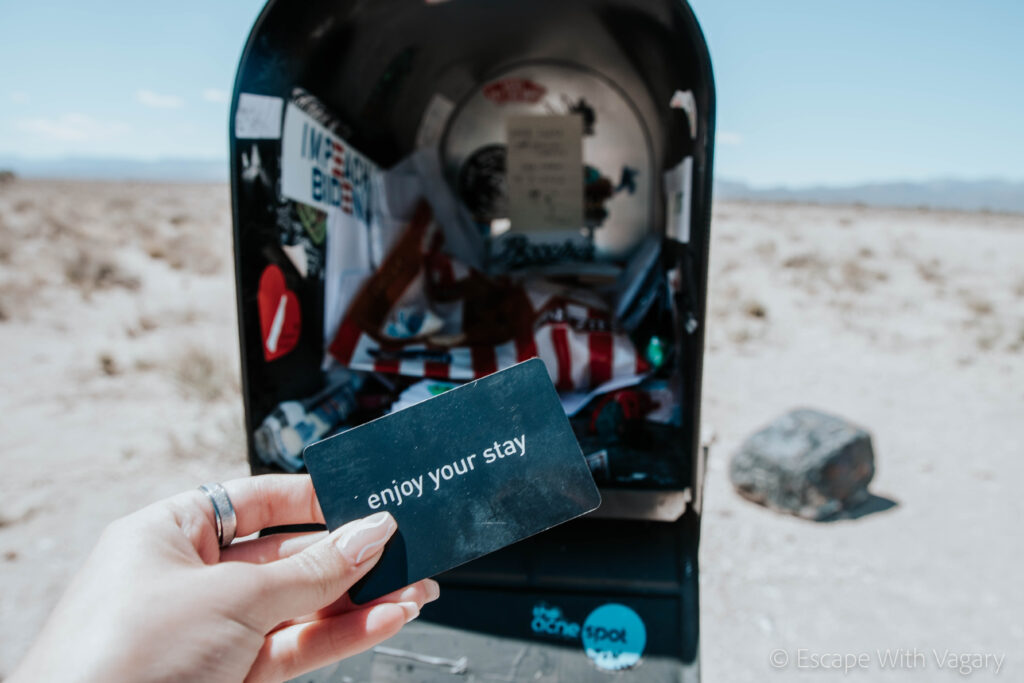 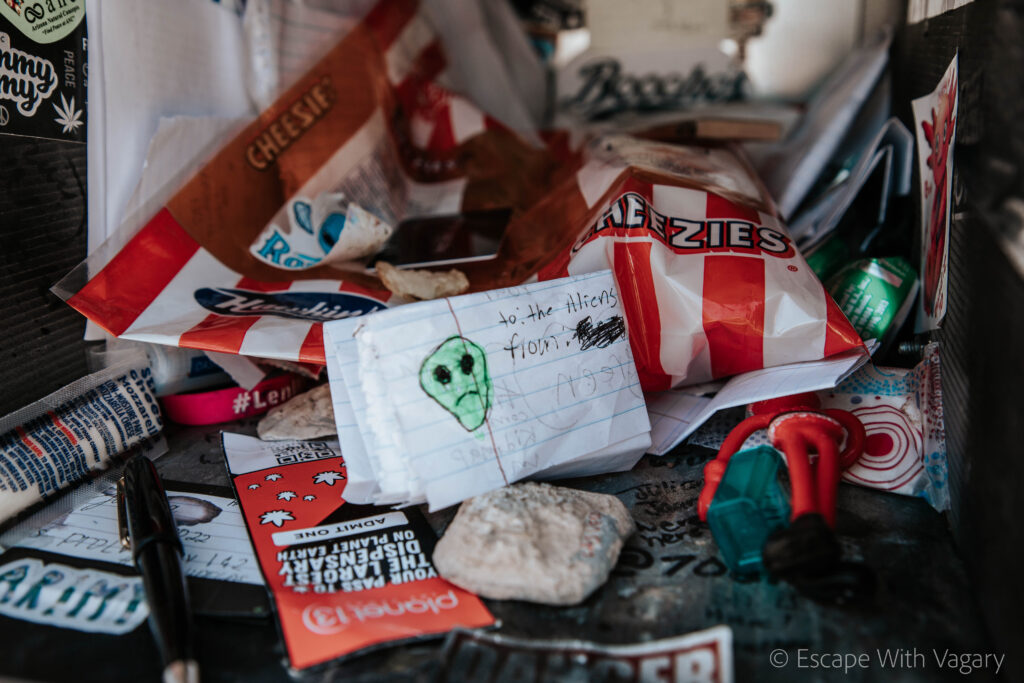 Something I noticed though, was that everything was dated April of 2022. So someone must come and empty it quite frequently. Who? I’m not sure. I’ll be doing some research and posting another blog with my findings, as well as some of my favorite letters I read. It was down the road a bit where we finally found the famous Extraterrestrial Highway sign (another great photo op). The whole sign is covered with stickers, and I’m really not sure how people managed to get them up so high on the sign. 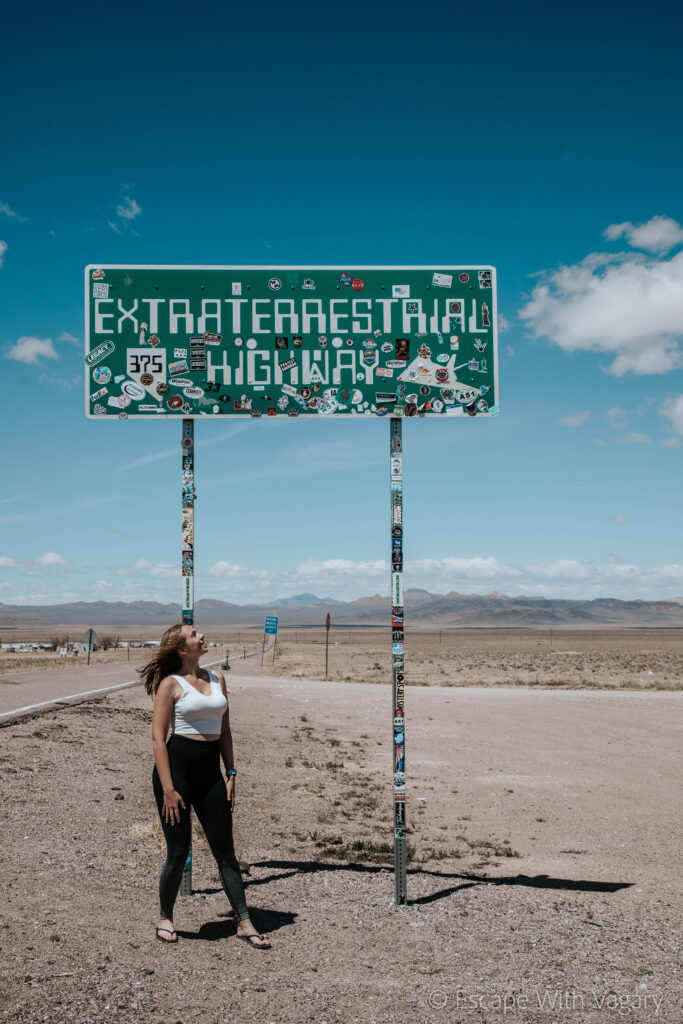 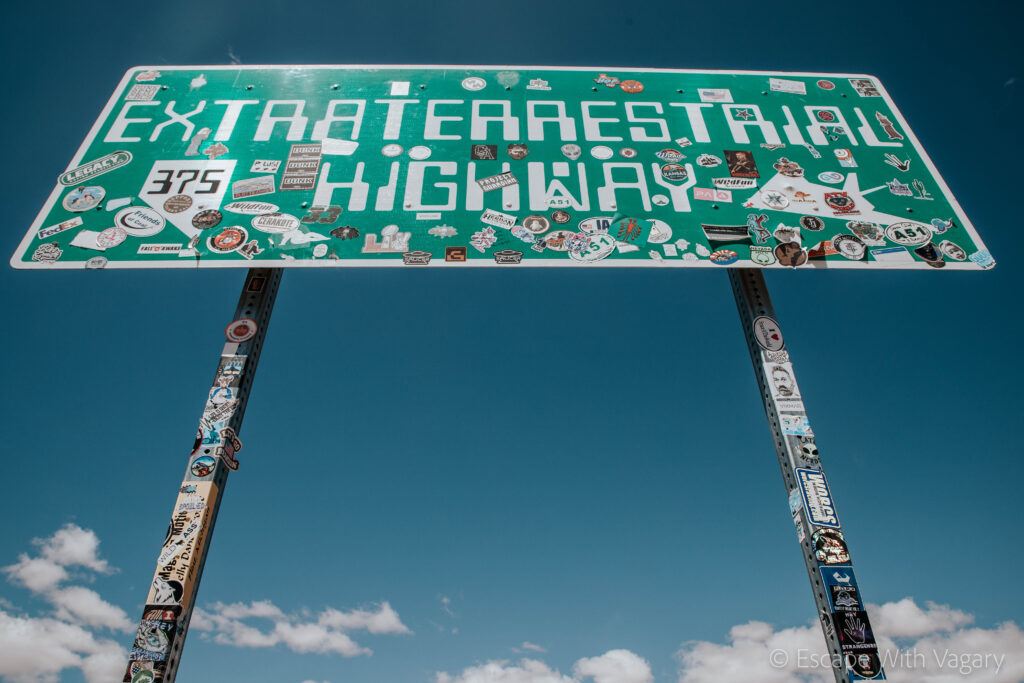 A little bit before you hit the sign, on the left is the unmarked road (apparently named Back Gate Road) that will take you right to the gate. The road is located a couple miles before you get to Rachel, so if you pull up to the tiny town, you went too far. A key thing to look for that helped us is a stop sign. It’s the only stop sign near the town that will be located on your left side, but you have to pay attention because it won’t be facing you.

Once you find the road, continue on it for about 10 miles. There’s a couple of places where different dirt paths will pop up, but never leave that main road that you originally turned on to. Eventually you will find the famous Area 51 entrance (the back entrance). It’s kind of crazy, knowing all the hype that surrounds it, and how eerily empty and deserted the area looks.

What creeped me out the most was that there was a red car obviously following us. I had pulled over to let them pass me on this road because my car had just warned me that my tires were low, and they were gunning it down the road until they were tailgating me. After they passed they immediately turned down a different road to do a U-turn and get right back behind me.

I figured they might have been lost, or didn’t know where to find the sign, but I pulled over yet again, and then they were there parked at the back gate when we got there (I brought my mini keychain pepper spray out of the car with me).  The weirdest thing was that they never once got out of the car, and when they left I noticed they had no license plate, at all, just an empty rectangle where it should have been, and they booked it down a different dirt path than the one we came in on. I have no idea where else these roads could have led besides other entry points or gates of Area 51.

Anyways, we got out of the car to take a look. You are not allowed to take photos so if you’re into photography like me, do not bring out your camera, leave it locked in the car. I’m not sure if we got too close, but as we were slowly inching our way closer to the signs of the entrance to read what they said, a loud alarm sounded. Naturally, we ran back to the car and got out of there.

It’s completely legal to get a glance at the entrance, but do not push your luck with anything. Do not get too close, don’t try to be funny and touch the gate. As you probably know, they’re very serious about security. I’ve read online that there are guards parked up on the nearby mountain ranges that look for trespassers, but I didn’t see any. However, we were only there for literally one minute before that alarm sounded, so I can’t say I really got a good look around. 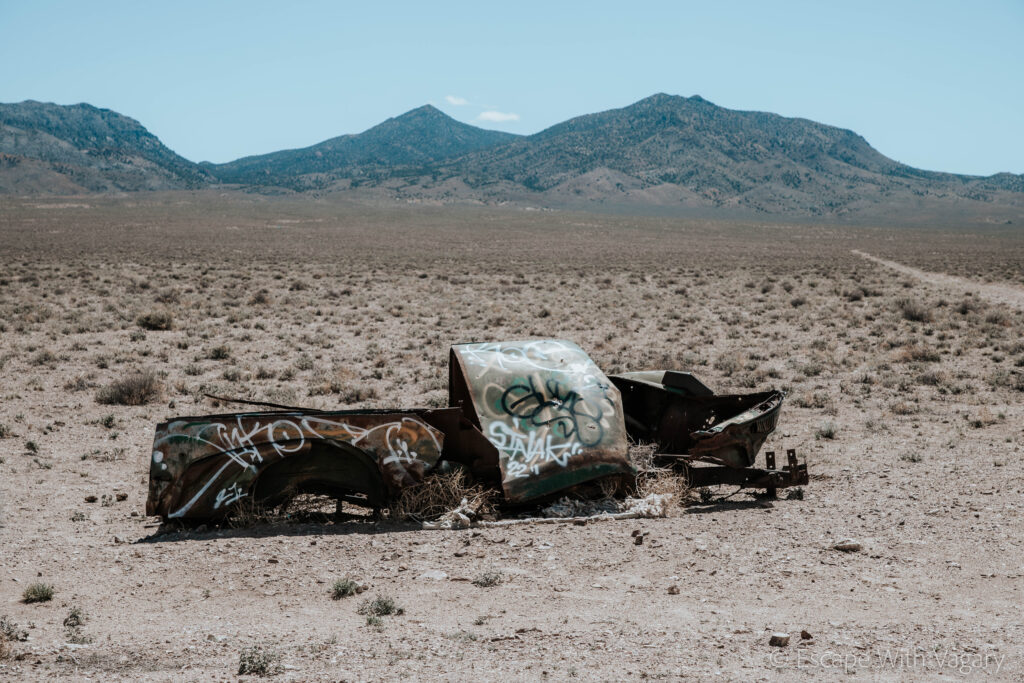 Once we got back to the highway, our final stop was the Little A’Le’Inn, a hotel and restaurant in Rachel. Murals line the building of this space/extraterrestrial-beings themed shop. You can find more souvenirs here, get a bite to eat, and have some alien inspired cocktails. Dollar bills hang from the ceiling behind the bar, taking up every possible space available. If you’re having trouble finding any of the spots you wanted to hit, the staff will be happy to help!

It’s quite the unique road trip, and I think it’s safe to say that there is no other place in the world like Area 51. It’s all top secret, the mystery of the unknown, and it draws us all in with its uncanny feel.

If you end up visiting Area 51 or hitting any of these spots, tag us on your socials, and let us know what you think! @escapewithvagary. 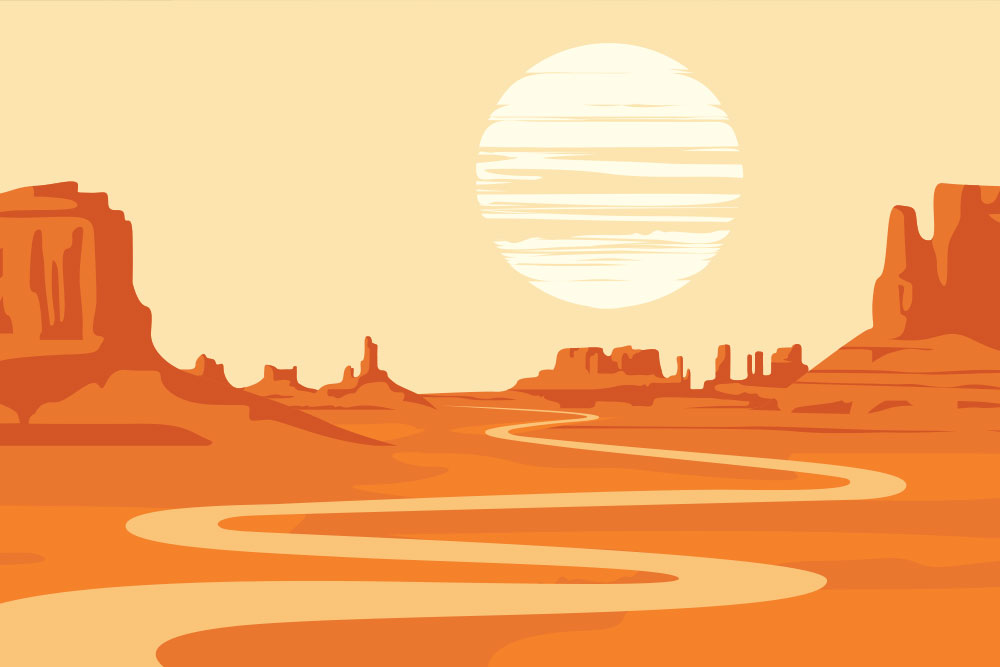 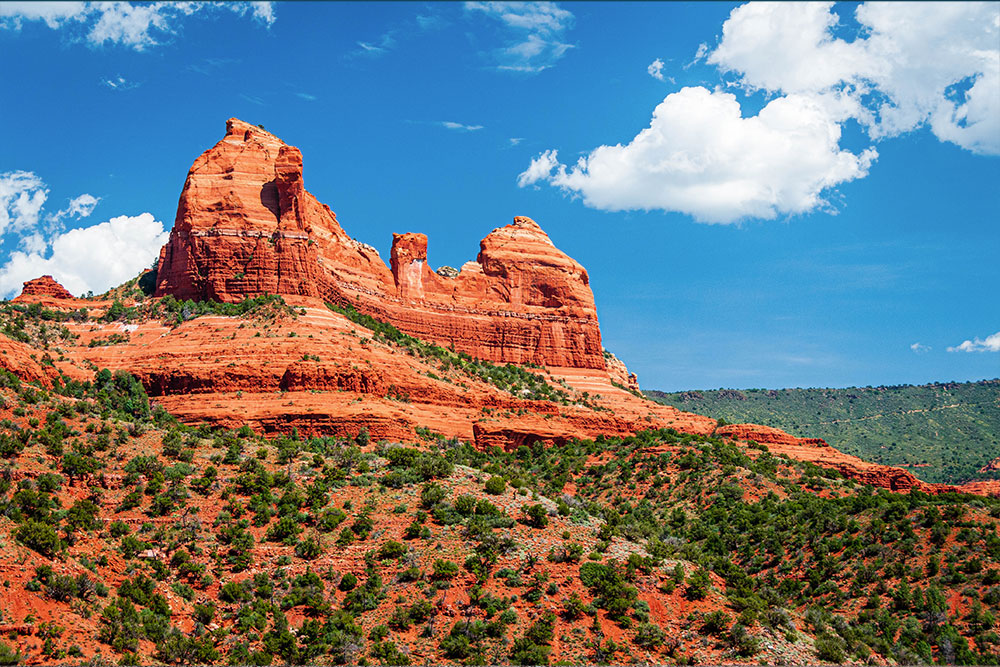 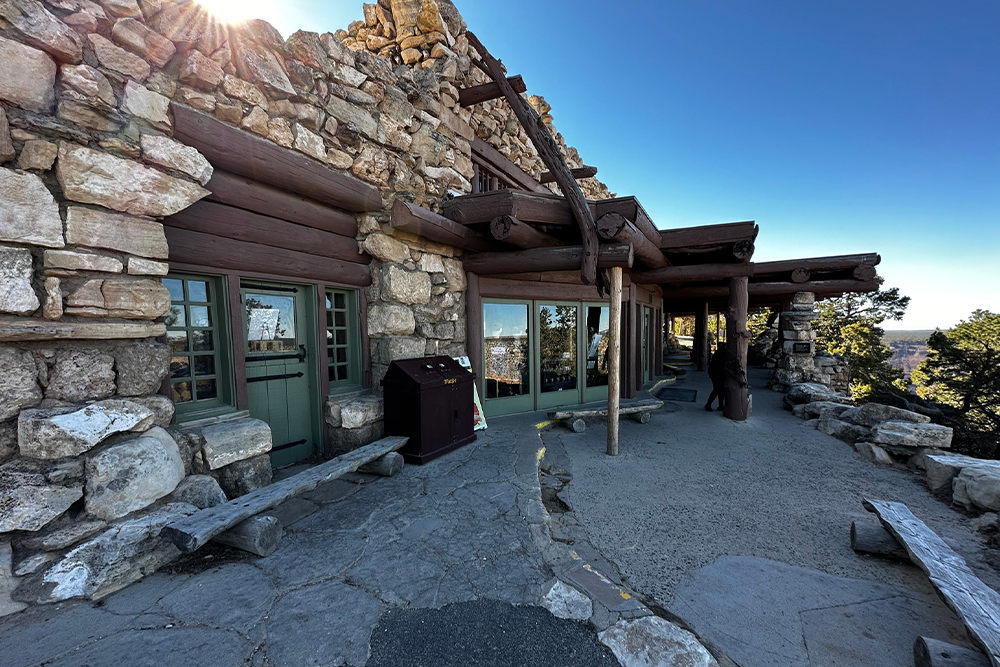 At the Grand Canyon, Part 1 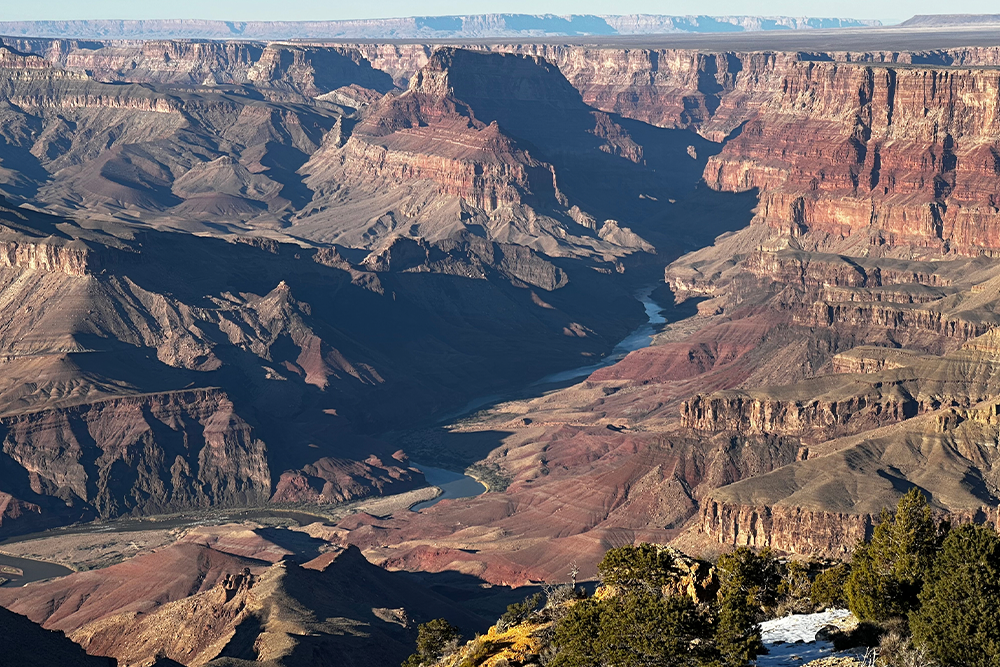 I’m outside over 50, and just getting started. 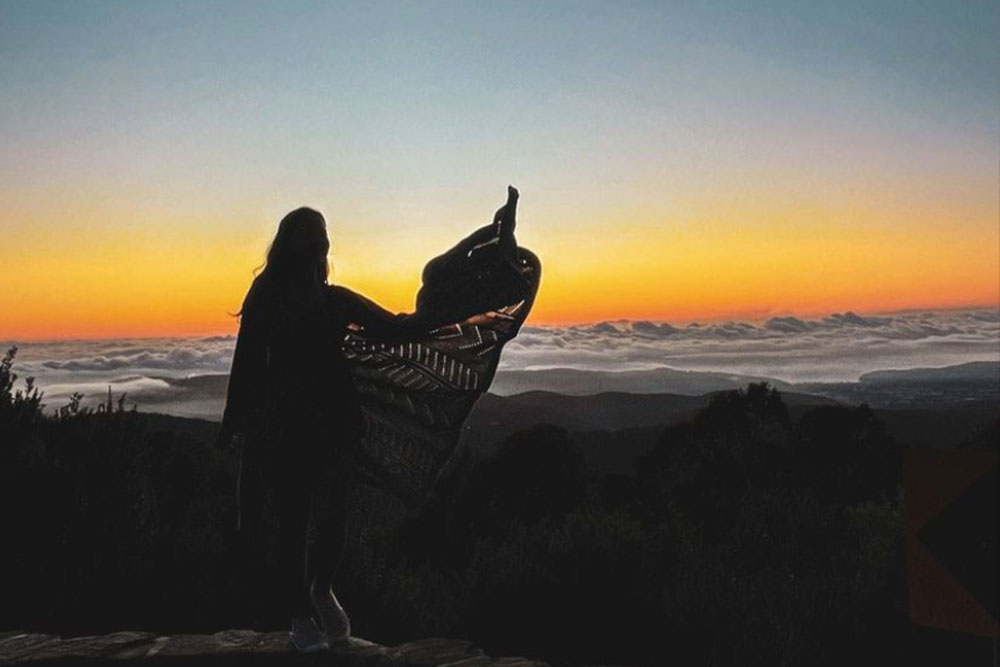 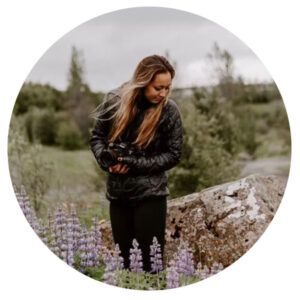